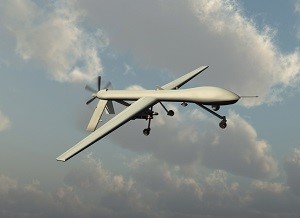 Rand Paul did something truly amazing on March 6, 2013.  He captured the attention of the entire country with his modern day version of Mr. Smith Goes to Washington.

His filibuster represented the will of the vast majority of Americans.  It was one person standing up to the most powerful person in the world in a non-violent way to keep the government from doing something against the will of the people.

Citizens from across the political spectrum voiced their support for Rand Paul.  Reddit (which is mostly liberal in its views) showed massive support and enthusiasm for Senator Paul.  Students at colleges and universities took to Twitter and Facebook to voice their support of the filibuster.  A Gallup poll later revealed that 79% of people polled agreed that the government should not be allowed to use drone strikes on Americans in the United States.

So why is this such an important achievement?  Rand Paul’s filibuster represents the pinnacle of what active citizenship can achieve.  Ordinary citizens that have become disgusted with their government and its direction were able to vote a senator into office that they can depend on to represent them on issues that are important to them.

The President of the United States wanted to appoint someone that was fine with using drone strikes on American citizens.  Rand Paul knew that this was completely unacceptable to the vast majority of the country.  He took an incredible risk and was able to get the President to change course.

This is what a representative democracy is all about.  Not all of us can be Rand Paul, but we can all try to elect more leaders like him.